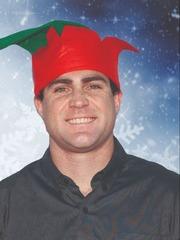 Rhett Cowley, an Ocean Township resident, is a residential property inspector. Rhett performs all types of property inspections for homeowners, including insects, rodents, and mold. One of his most important functions is termite inspections for prospective home buyers. Rhett is a skilled and thorough inspector who enjoys the challenge of digging below the surface and solving problems, especially when a homeowner is concerned about a possible infestation but can’t pinpoint the evidence. Inevitably, Rhett locates the problem, and the homeowner is well on his way toward having his or her peace of mind restored. Rhett approaches every inspection with the same care as if he were dealing with his own home. He enjoys advising prospective customers on the particular issues they are facing, explaining their options, and, the most satisfying part -- eliminating their problems for good.
Rhett grew up in the family business. He has been working at Cowleys on and off since high school in 2009, and he has first-hand experience with delivering all of Cowleys’ various services offered to homeowners. Rhett is a 2013 graduate of Sacred Heart University in Fairfield, earning a bachelor’s degree in business administration from the Jack Welch School of Business. He also was a defensive back for SHU’s football team. In high school, Rhett was one of the Jersey Shore’s standout players. He was team captain and named to both the All-Conference and All-Leagues team. Rhett brings the same discipline and perseverance that is takes to succeed in athletics to work.
Immediately before joining Cowleys, Rhett ventured outside the family business, working as a staffing manager for an accounting personnel agency in northern New Jersey. However, the lure of working with his brother and the rest of his family at the Jersey Shore proved too much to resist. Since joining us full-time in 2016, Rhett has become an invaluable contributor to the Cowleys team. Rhett feels a special personal obligation to represent Cowleys considering that the company name and his last name are one and the same. Rhett especially enjoys working side-by-side with his older brother, Drew. The two are inseparable and have always shared a healthy competition, spurring each other on to do their best. Just as there is a tremendous synergy with the brothers and co-owners, Bill and Drew (“Big” Drew), Drew and Rhett are the upcoming dynamic Cowleys duo for the next generation.
Rhett is a licensed NJDEP commercial pesticide applicator, holding Core certification and two Category certifications, the 7A certification for general and household pest control, and the 7B certification for termites & other wood destroying insects. During his spare time, Rhett likes to play and watch sports, and is an avid Jets fan. He especially likes golfing. During the summer, he spends every free moment that he can enjoying the sun and surf of the Jersey Shore.
Testimonials
from customers I've helped!

Videos from projects I was involved with: 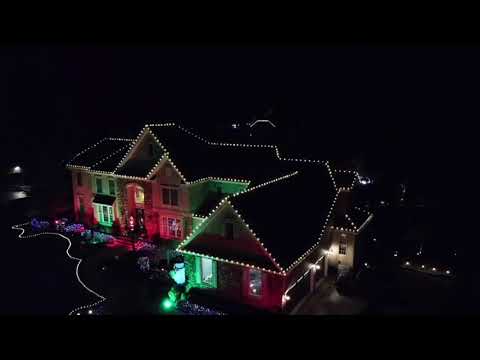 Charlie in Manalapan, NJ was so impressed by the holiday lighting display we installed on his home, that he... Watch Video »

A+ rating from the BBB

Back in the Saddle Franchise Award Recipient 2011
Press Release: Stay Safe When Decorating Your Home
Press Release: Biltmore Estate Gets Decked Out for Christmas
Before and after photos from jobs I've worked on:

Thursday, Dec 5th, 2019 Advice for Last-Minute Holiday Decoratorsmore »
Tuesday, Dec 3rd, 2019 Don't Bring in the Bugs with Your Christmas Treemore »
Wednesday, Dec 12th, 2018 Don't Let Pests Make Your Home Theirs for The Holidaysmore »
Wednesday, Dec 13th, 2017 This Christmas, Don't Deck the halls with Boughs of Spiders!more »
Back to Previous Page Back to Meet The Team

We serve the following areas